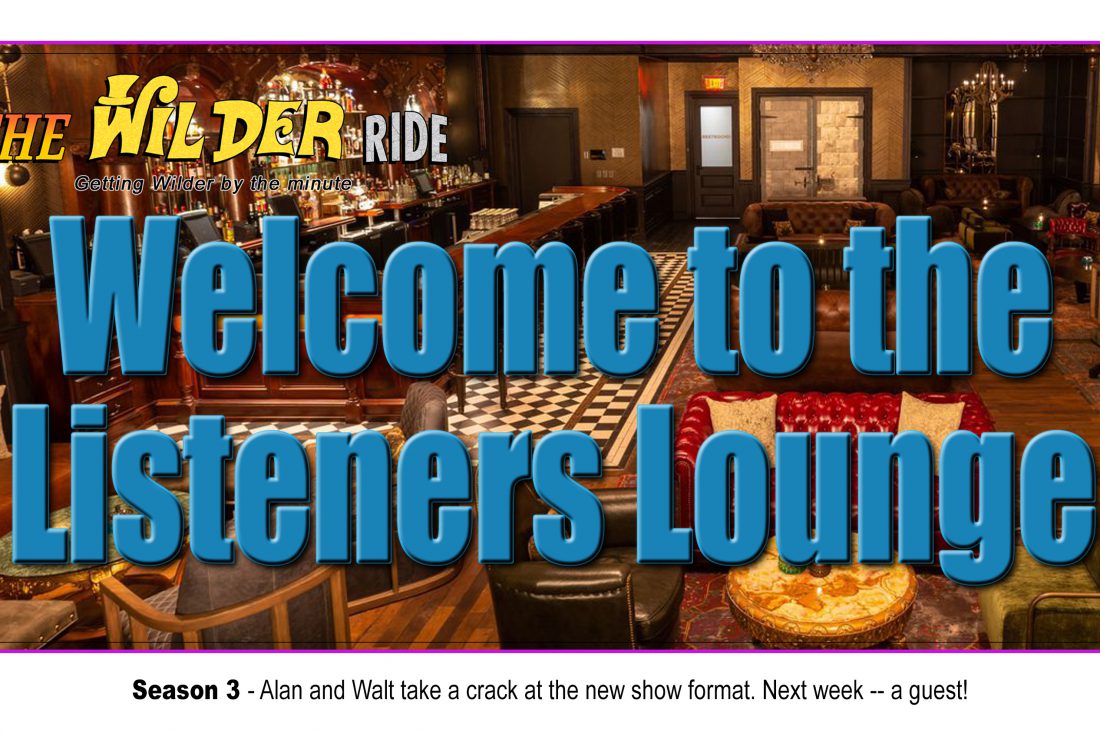 We had no idea we would start season three with the creation of TWR Listeners Lounge. Actually, we had plans to breakdown the film, Silver Streak at the start of 2020. Guests were lined up and the radio studio we used for seasons one and two was ready for us to record. In fact, we did manage several episodes when Covid-19 hit. As the world shut down, so did our season.

We had to decide what to do with the pandemic in full-effect. After a few weeks, we decided to implement an idea the two of us had discussed after season two. We met so many wonderful guests over the prior two seasons. But, we never had the time to really get into full discussion about their backgrounds. The focus was always on the minute of the movie being discussed.

Thus, we decided to create our own throw-back version of the Tonight Show with Johnny Carson. We would open the show with a short segment, recapping the week. Then, the guest would join us for a lengthy discussion. The guest is then invited to join in the remaining segments or bits. We added the, Bring Out Your Dead, segment. It was followed with four crazy news items, two from each of us. Finally, all of us would weigh in on entertainment. We would share what we have been watching, reading and listening to.

And that is how The Wilder Ride Listeners Lounge became a side-cast to our main show.

Click here to see the guests we had join us in the Listeners Lounge during season three.