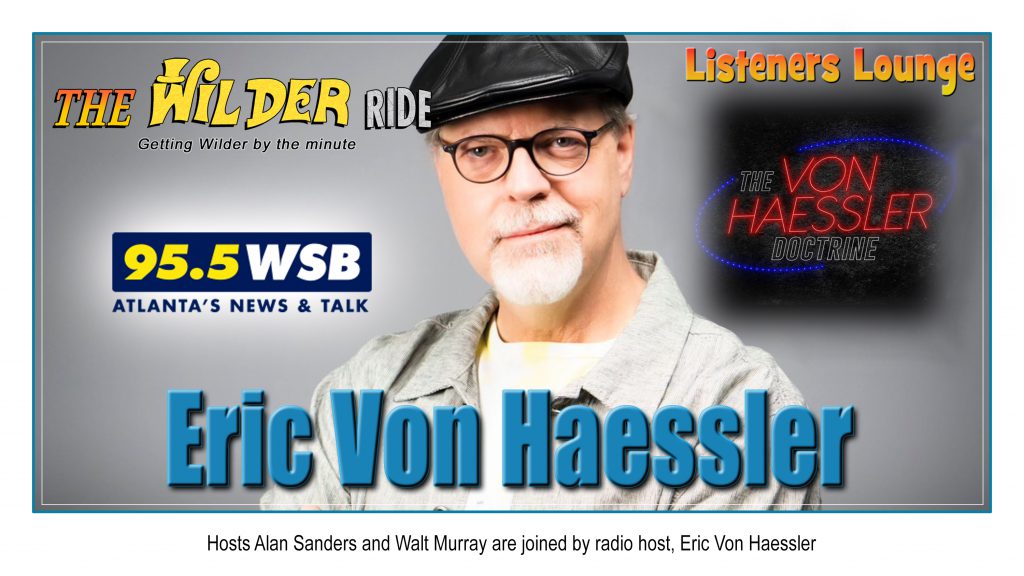 In this episode, hosts Alan Sanders and Walt Murray sit down for a chat with the host of the Von Haessler Doctrine, Eric Von Haessler. Although the goal was to start at the beginning, the discussion took on a life of it’s own. Rather than the usual trip down memory lane, Alan and Walt spent time chatting with Eric about our current cultural state. It’s impossible to know the fullest extent of social media and the internet, but it’s hard to ignore the impact on society. From celebrities to politicians, becoming and influencer is akin to the accumulation of power. It’s no longer about the will of the people or the Founding Fathers. Rather, it’s about popularity and likes, follows, and retweets.

This discussion eventually does turn to the creation of The Von Haessler Doctrine. Eric spends time talking about his evolution from The Regular Guys to 911 to losing his job. But, after years of struggling to stay relevent, working on a daily podcast, the opportunity arose to return to the airwaves with a brand new show. Since then, Eric has never looked back, focused squarely on the future of his show and, concurrently, on the future of our great Republic. After the interview, Eric hangs out as Alan and Walt dive into some strange news items, weighing in on them with his own brand of humor. Then, to wrap up the show, all three dive into the entertainment segment where they discuss what they’ve been watching, reading and listening to over the past week.

Walt has been diving into season 3 of Lost in Space. He also re-watching We Were Soldiers with Mel Gibson and the documentary The Pacific. Alan continues to give The Wheel of Time a chance, but even after five episodes, he is dubious. He loves the Disney+ series, Hawkeye, which is on episode 3. With the holidays upon us, Alan also watched Die Hard. He then revisited Enders Game, streaming in 4K. He loves watching the YouTube channels, Ashleigh Burton, Popcorn in Bed and The TRY Channel. Eric is starting on the new seasons of It’s Always Sunny in Philadelphia and The Expanse. He also loved the new documentary, Get Back, on Disney+.

Walt is finishing, “Killing the Mob,'” and is next set to read, “Killing LIncoln.” Alan has completed, “Dune.” Eric has been into, “2666,” and, “The Savage Detectives,” by Roberto Belano. Eric is also deep into the science book, “The Big Picture,” by Sean M. Carroll.

Walt continues to listen to the Radio Labyrinth podcast. He also just listened to the most recent episode of the WTF with Mark Maron interviewing guest, Benedict Cumberbatch. He also was on The Dirty Harry Minute discussing the film, Sudden Impact. Alan never misses new episodes of the 60MW Podcast, The Time Bandits Minute and continues to listen to a ton of Christmas music. Eric has been listening to the Beatles catalog and any shows that have to do with whether or not Shakespeare really wrote those plays.