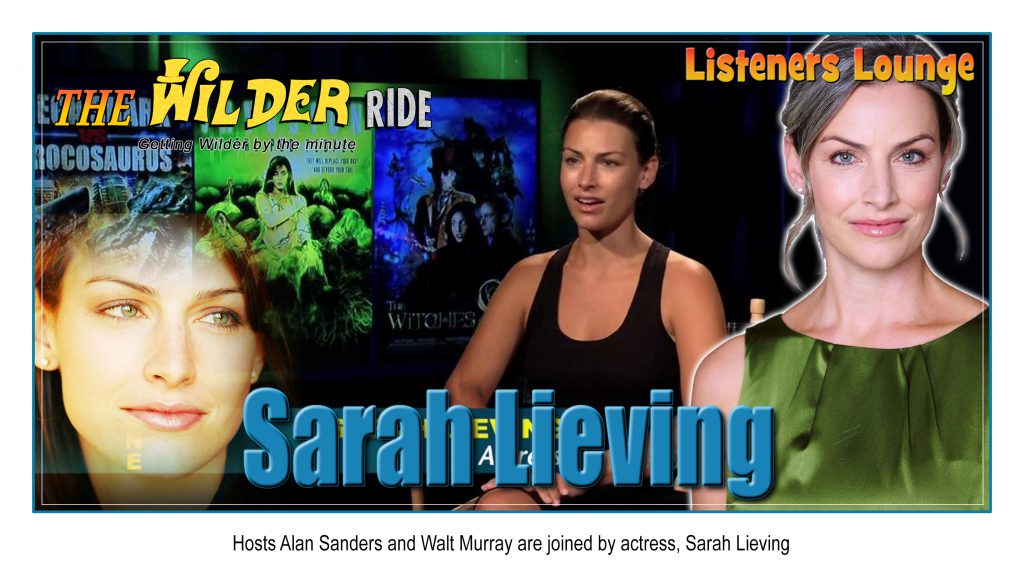 In this episodes, hosts Alan Sanders and Walt Murray get to chat with B-movie actress, Sarah Lieving. As usual, the interview begins with going back to Sarah’s beginnings and slowly working toward the present. Many actors get their start after getting bitten by the acting bug and Sarah was no different. She took the plunge and moved to LA and has never regretted it. The work was slow initially and the parts small. But, with hard work and determination, she began to grow her resume and gain more substantial roles. As a B-movie actress, she is quite rooted in reality, knowing the movies need to be taken with a grain of salt. While in LA, she married and eventually had two kids. With her children now part of the picture, Sarah Lieving has become more focused on the roles she is wanting. She loves being with her kids and does not want to be constantly away from them. With a new management team around her, she wants to focus on picking projects that will push her in a more mainstream direction.

Sarah was not able to stay on past the interivew, so after thanking her for her time, it was time to jump into a movie reivew. Just in time for the start of the holidays, Walt was tasked with Santa Jaws. Surprisingly, Walt liked the movie and felt it was a cut above many of the ones he has watched this season. Next, Walt and Alan dive into a few odd news items from around the internet. Finally, they move into their entertainment segment to discuss what they have been watching, reading and listening to.

Walt started to watch the new Netflix docuseries, Catching Killers and strongly recommends it. He also said that Stripes was now showing on Netflix. Alan finished his Harry Potter marathon by watching The Half-Blood Prince and The Deathly Hallows part 1 and 2. He then watching The Fellowship of the Ring (extended edition) and the Pixar flick, Luca. He was really interested after watching a couple episodes of Jean-Claude Van Johnson. For YouTube watchers, he continues to plug the movie reaction channel, Ashleigh Burton.

Alan is still working his way through, “Dune, ” while Walt just recently ordered, “Killig the Mob,” by Bill O’Reilly.

Walt has been listening to the podcasts, Holy Crap It’s Sports, The Kimmer Show and The Murdaugh Murders. Alan gives out a plug for the podcasts, 60MW and Radio Labyrinth.