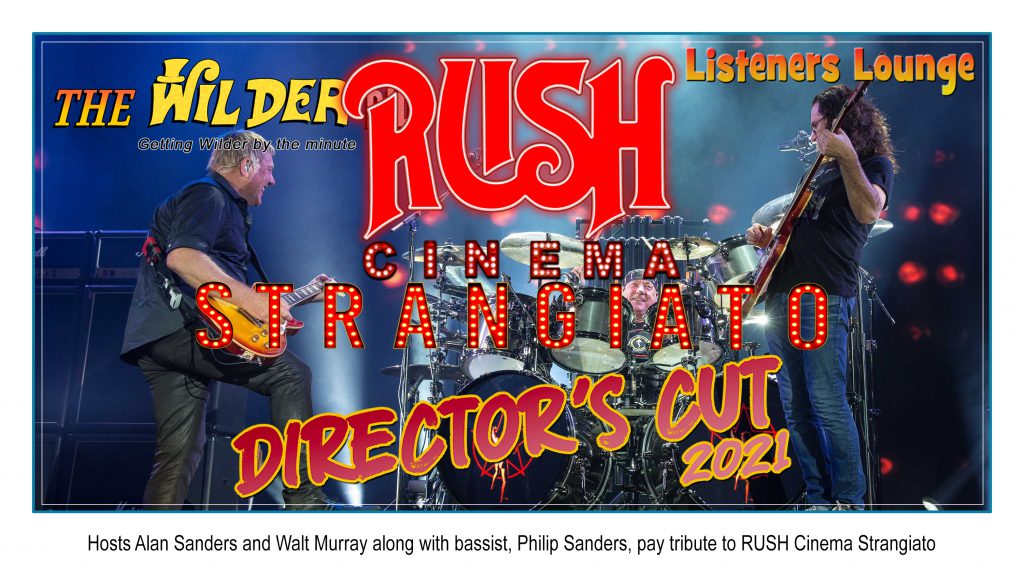 In this episode, hosts Alan Sanders and Walt Murray invite bassist, Philip Sanders, to chat about the group RUSH. With RUSH Cinema Strangiato opening nationwide for a one-night showing of the Director’s Cut of their R40 tour, they decided to spend the episode discussing the band. Alan’s younger brother Philip, has a lot of musical talent and is a bassist in a number of bands. He has played a number of RUSH’s songs on stage and brings that knowledge to the discussion.

While they look back at their first brushes with RUSH, they all seemed to have started in 6th grade. Alan states, the band has been part of the soundtrack of his life. That sentiment was echoed by everyone.

As they move through the episode, they look back at the first Rush song they remember. They move to the first full album they each purchased. You cannot talk about a band without asking about seeing them live and how many times. All along they way, they bring up some of the favorite songs over the 19 studio albums RUSH released.

By the end of the episode, they each give their top 5 favorite RUSH albums. They also give some final thoughts about the band and about the subjects they covered.

Songs featured in the episode include:

Walt-great podcast on Rush! Enjoyed it thoroughly. Grew up as a huge Rush fan as well. Been obsessed (again) with them lately, actually since Covid and all the weird times. Try out Snakes and Arrows. Some great tunes, along with 2 great instrumentals. Keep up the good work!