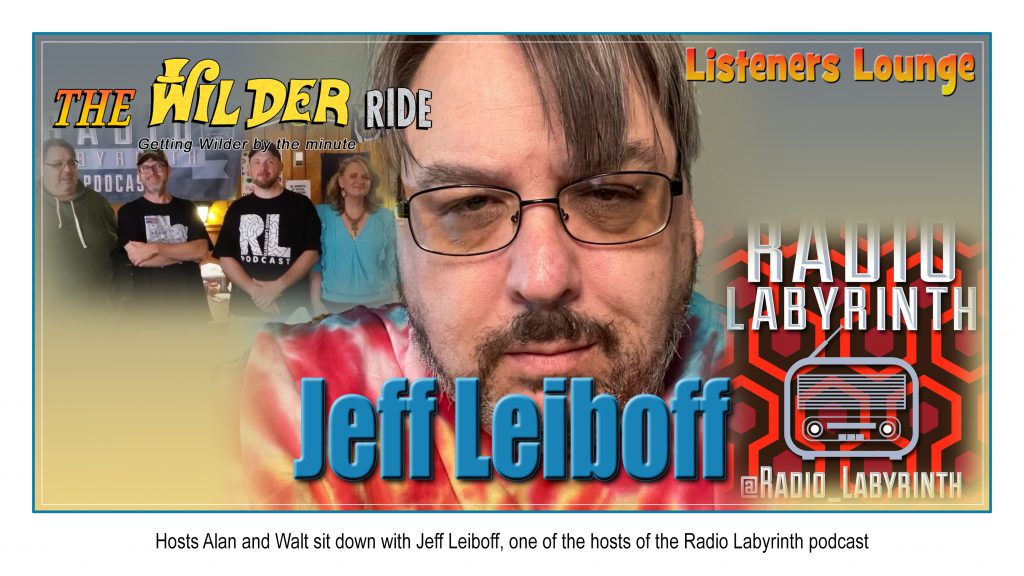 In this episode, hosts Alan Sanders and Walt Murray sit down with Jeff Leiboff, one of the hosts of the Radio Labyrinth podcast. They start all the way back to 4th grade, when Jeff and Tim Andrews first became friends. As they got ready for college, Jeff was moving toward a journalism degree. He had taken a few early “graphics” classes in high school, but nothing was computerized at that point. Once in college, Jeff got involved with the campus newspaper and other publications. Within a few years, he found himself gravitating more toward layout and design. An opportunity opened and he spent two years living on a Caribbean island. He enjoyed it, but after a few hurricanes and living hand to mouth, he returned to the states, moving to Atlanta.

As his graphic design career continued to grow, Jeff discovered the world of podcasting. Being forced to commute an hour each way to his job, he got hooked on listening to shows on-demand. Jeff tried for years to convince Tim to do a podcast. Finally in December of 2015, the first episode of Radio Labyrinth was released.

With the interview winding down, Jeff Leiboff sticks around to help with the rest of the show. Walt first dives into yet another terrible movie review. Then Alan and Walt do their news segment and close with an entertainment recap.

Walt gave WWII in Color documentary on Netflix a solid endorsement. He is suggested The Naked Gun and The Outlaw Josey Wales, both available on Netflix. Jeff highly recommends Alone on the History channel. He also just started Clarkson’s Farm with Jeremy Clarkson. Finally, he liked the most recent episode of WWE Most Wanted on A&E about Andre the Giant. Alan got his visiting father-in-law to watch The Fellowship of the Ring. They also watched Indiana Jones and the Last Crusade.

Walt continues to dive into the podcasts, Gangster House, Camp Hell: Anneewakee and Comedy Bang Bang. Jeff really liked the debut of Patton Oswald’s podcast called, Did You Get My Text? Of course he likes Radio Labyrinth, The Office Ladies, Fake Doctors Real Friends and The Office Deep Dive. Alan does a shoutout for The Marriage Fit Podcast, Radio Labyrinth and 60MW Podcast.