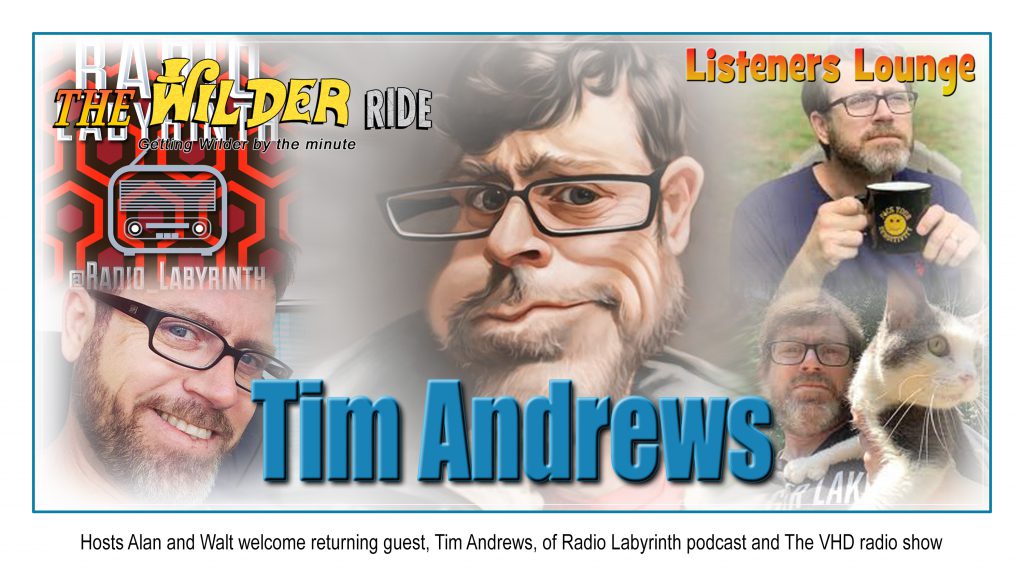 In this episode, hosts Alan and Walt welcome returning guest, Tim Andrews, host of the podcast Radio Labyrinth and a voice on The Von Haessler Doctrine radio show. Since we’ve spent time with Tim before, we didn’t start at the beginning of his radio career. Instead, we decided to look at the start of his path toward parenthood. At age 50, Tim Andrews is about to become a first-time dad! Much of the interview becomes a discussion on parenting. Alan is already an empty-nester and Walt is not far behind. They discuss the difference of the times and caution raising a child only with an iPad. It’s great to embrace technology, but we all live in the real world. It is important for all parents to make sure their kids learn to exist there and not just the virtual one.

After Tim Andrews leaves, Walt begins his movie review in a world of artic sharks. Not surprisingly, it’s another bad movie for him, though not as bad as the last few have been. After that, Alan and Walt share a few wacky news items before jumping into the entertainment segment.

Walt highly recommended the stand-up comedy special on Netflix called, Why Would You Do That? by Sebastian Maniscalco. He said it was really funny and hoped the comedian would tour the area soon. Walt also suggests, This is a Robbery. The Netflix documentary is about the largest art heist in history. Alan continues to give Falcon and the Winter Soldier positive reviews. He also stumbled across a documentary on YouTube called, Star Trek 2: The Wrath of Khan – Interviews. It is a behind the scenes look at some of the scenes in the film and great interviews with the cast. Alan said he had never seen any of it before and is a must-watch for any classic Trek fans. Tim recommends binging Snowfall on FX. He is also enjoying the animated superhero show on Amazon Prime called, Invincible. Tim did enjoy the Zack Snyder cut of Justice League, saying it was a superior film to the original release. Finally, Tim is also watching the comedy, Ireland, on Amazon Prime.

Tim is re-reading The Dark Tower series for the hundredth time. He said he and his podcast co-hosts may do a special episode in the future discussing the epic work by Stephen King. Walt is still trying to finish, “Running with the Devil.”