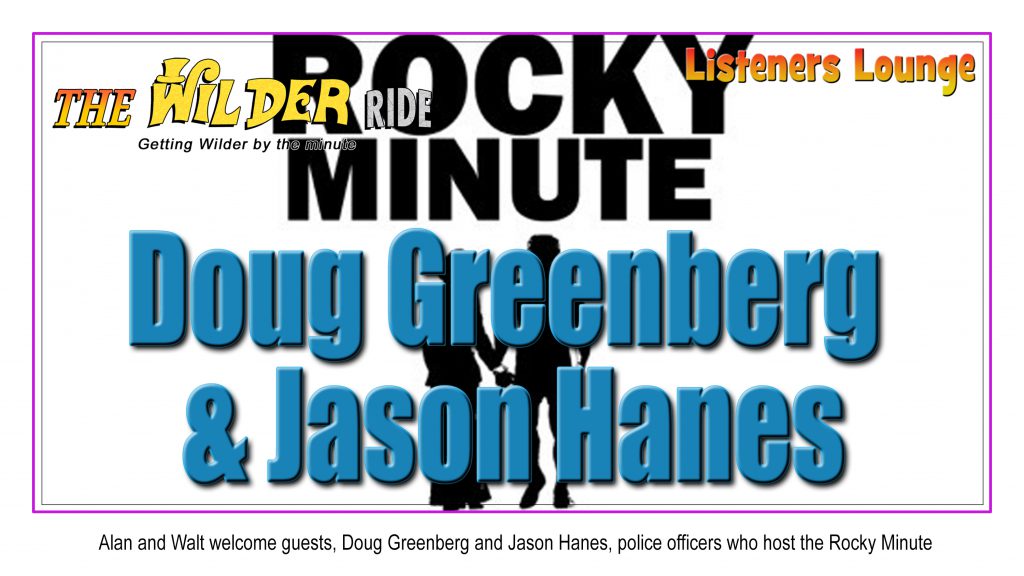 Today we welcome a pair of guests to our show, Doug Greenberg and Jason Hanes, hosts of the Rocky Minute podcast. They are both police officers, serving in New Jersey for almost 20 years. We start the discussion with how they were drawn to law enforcement. They discussed the wave of pro-police sentiment that existed post-9/11 and where it is today. They explained several changes they’ve seen, both inside the department and outside. Along the way, they realized they shared a love of the Rocky franchise and decided to start a podcast about it. They use the movies-by-minutes format to break the films down, one minute of the movie at a time.

Walt gives the reboot of Unsolved Mysteries on Netflix a solid two thumbs up and reminded folks that Dragon Con would not be live this year, only virtual. Walt also finished reading, “In Memory of Todd Woods,” by Tom Taylor, one of the podcasters on The Indiana Jones Minute and other shows.

Doug is re-watching The Wire and says of all the cop shows, its one that hits pretty close to home when it comes to the reality of being a police officer.

Jason recommended the book, “The Impossible First,” written by Colin O’Brady about his solo crossing of the Antarctic.

Walt suggested “A Way with Words” and “Culpable” as two podcasts worth exploring.

Doug suggested “Team Never Quit,” a show hosted by two Navy Seals. They find inspirational people and share their stories of never giving up in the face of adversity. He also likes, “Big Screen Sports,” a podcast that is going through all of the sports-related movies and whether or not they are close to what really happened.

Jay didn’t have a particular show, but was so impressed with the story of former Navy Seal, Chadd Wright, he suggested searching for his name and listen to whatever shows where he is a guest.

Alan did a shout-out to “The Real Queens of Queens,” for hitting their one-year anniversary. He also said that he and Walt would be upcoming guests during season two of their show. He then did a shout out to the, “Bad Cop, Bad Cop,” podcast, giving both Jerry and Dave two thumbs up for a very irreverent and non-politically correct take on current events.