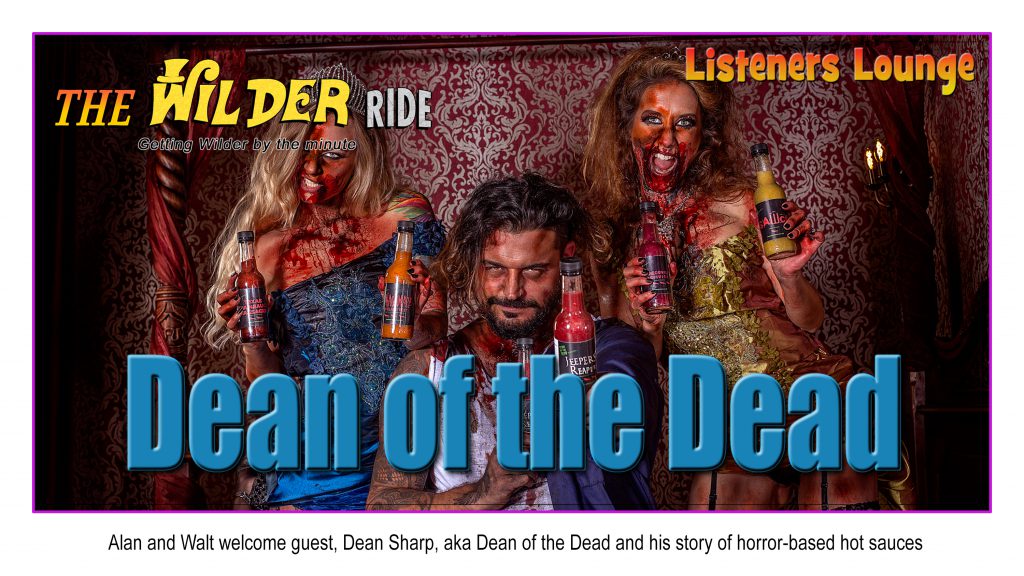 Today’s guest in our Listeners Lounge is, Dean Sharp, aka Dean of the Dead, who discovered a love of creating new and inventive hot sauces. Before Dean sits down with hosts Alan and Walt, Walt recounted a story of a friend who went to Jamaica. Someone had broken into their room and ransacked the place, but nothing was missing. Their camera had all the pictures taken on the roll. The couple didn’t really learn the whole story until the film was developed weeks later.

Dean began his story of hot sauce entrepreneur by attending a chili cook-off. With his love of horror and an inventive way of approaching his sauces, Dean of the Dead was born. The Covid-19 pandemic put a wrench into year-two plans, but Dean is not deterred. He has hopes for a few conventions later in the fall. From there, he hopes to get some television coverage as he begins year three of his journey.

Walt’s picks for film/television included Jaws (45th anniversary), the Ray Romano special on Netflix, the show Norsemen and a resounding NO on Ad Astra with Brad Pitt.

Alan was hitting the movie theater to see Raiders of the Lost Ark followed by Jaws.

Podcast picks included Stuff to Blow Your Mind, Darkest Night on Shudder and 60 Minutes With.