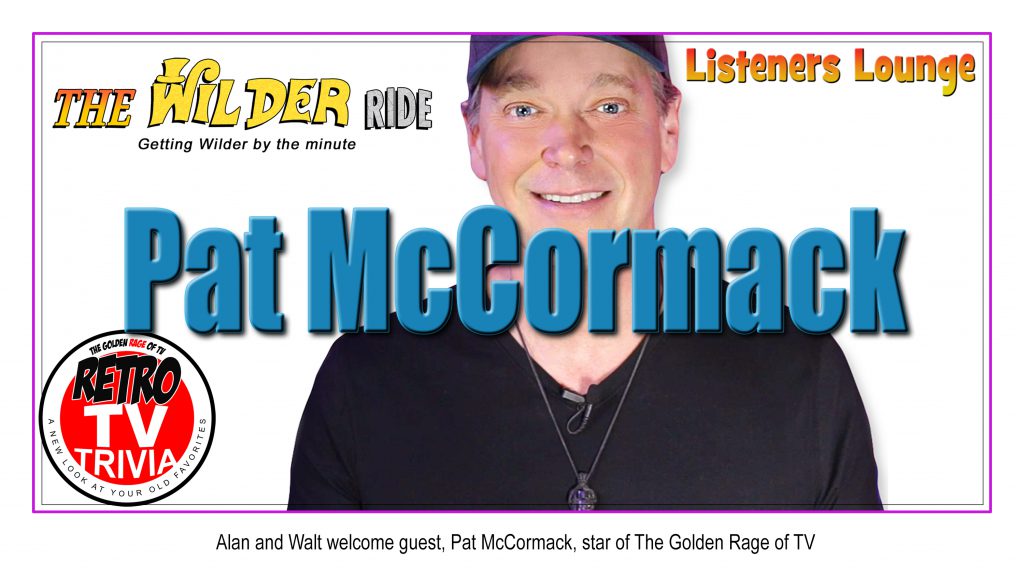 In today’s episode, hosts Alan and Walt are joined by musician and star of The Golden Rage of TV, Pat McCormack. Before Pat joins, Alan and Walt discuss some current events related to protests turned violent. Next, Walt explains why he had to text his dad to find out if he is still alive. When Pat McCormack joins, the focus turns toward the start of his music career, being “discovered” by Ronnie Montrose. After time on the road in a band, Pat then became part of the daytime TV soap opera, General Hospital. After that stint, he wrote a theme for a roller-coaster ride and began work on creating rock guitar versions for classic television themes.

While working on putting together a road show version of his music, Pat began suffering from a hearing issue. It was confirmed he had developed tinnitus and was going to have to hang up his guitar. Undaunted, Pat turned his creative pursuits toward producing 1-2 minute short documentaries about the people and shows from the golden age of television. With over 200 episodes under his belt, he has only just begun! The guys then dive into a handful of truly strange news stories. They talk about some movies to watch or stream and end with podcast recommendations.