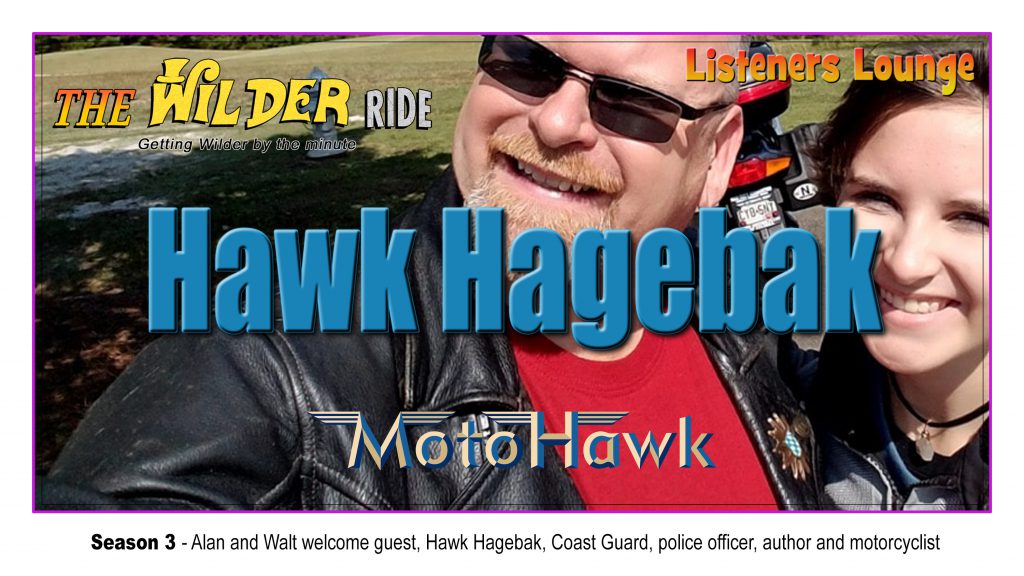 In today’s episode, we welcome Hawk Hagebak to the Listeners Lounge. First, Alan and Walt spend time catching up from last week. Since this episode was recorded just after Memorial Day, they both discussed the holiday and what it means to them both. Then, guest Hawk Hagebak joins them in the lounge to talk about the careers he’s had. He started off after high school in the Coast Guard. After a four year stint, Hawk decided on a career in law enforcement. While in that career, he became an avid motorcycle rider along with his wife.

Before retiring from the police force, he was asked to write a book on his adventures on his motorcycle. So, he became a published author. His life took a dark turn when his dad passed away, only to then loose his wife to stage 4 cancer 11 days later. He took a ride through Canada and the Pacific NW for five months and has since settled on top of a mountain in North Carolina. He has taken comedy classes, continues to write and is still trying to figure out what he will do when he grows up. Hawk then hung out with Alan and Walt to comment on some odd news items. Then, all three shared some movie/television tips followed by some podcast shout outs.