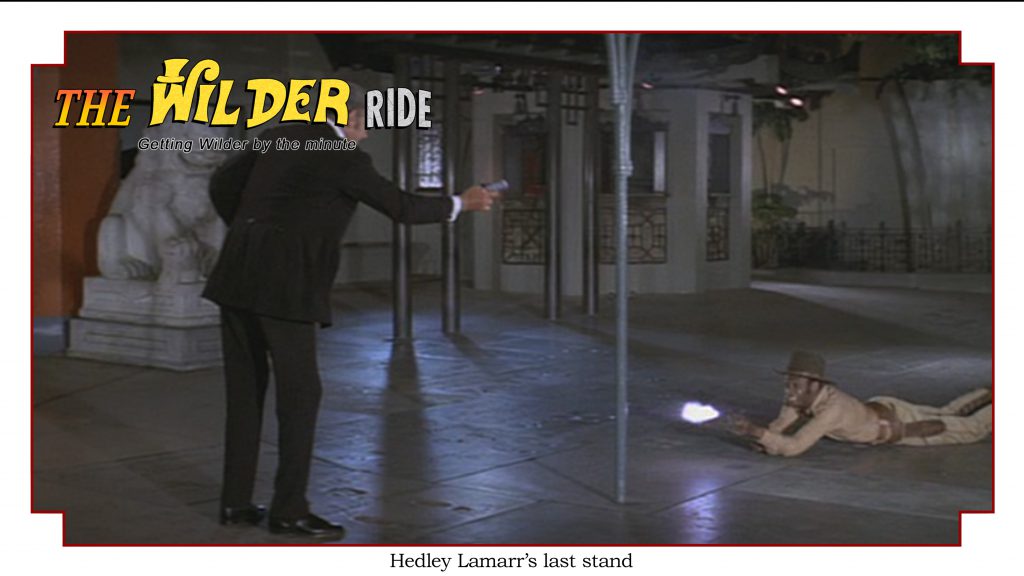 The episode opens with a woman standing in Hedy Lamarr’s shoes. Hedley walks by, correcting her pronunciation as he heads into the theater. In the lobby, cows are milling around behind theater ropes. Hedley rushes to the counter to buy some Raisinets. As he makes his way down the aisle, he accidentally tries to sit on someone before finding an empty seat. The movie is already playing on the screen. Hedley looks up and sees Bart arriving on horseback outside the theater. Hedley professes to being unarmed. Bart drops his gun and suggests they settle it man-to-man. That’s when Hedley remembers he is armed and tries to shoot Sheriff Bart. Bart dives forward, grabs his gun in mid-roll, takes aim and shoots Hedley in the crotch.

Our guest today is Chris Korman. Chris is the son of beloved comedian Harvey Korman, Chris has fifteen years experience in the entertainment industry, working with artists in various capacities, including brand building and agenting. A graduate of Lesley College in Cambridge, MA, where he studied theatre history, he received training in stage management at Colorado Mountain College under Thomas Cochran. Following in the tradition of his father, Chris has supported such charitable organizations as the non-profit Marianne Frostig Golf Tournament, which he co-hosted and served on the board for twenty-two years; Keshet of Chicago, for which he served as spokesperson in 1997; and the Learning Disabilities Association of America, for which he gave a keynote address in 2017. Chris has worked behind the scenes of TV Confidential since 2016.