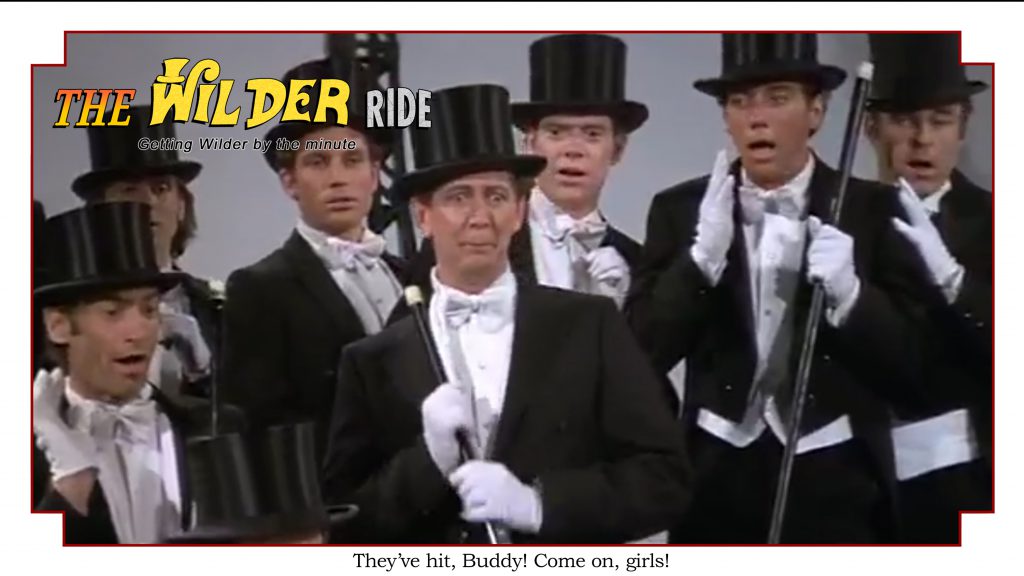 The episode opens just after Taggart hits Buddy in the gut. One of the dancers yells out, “They’ve hit, Buddy! Come on girls!” With that, the brawl, continues, now with the men in top hats and tails joining in the fray. We discuss several vignettes within the minute and as the episode comes to an end, we move to the commissary. Several actors are on their lunch break, still in costume from their various film projects. In the foreground, a man dressed as Hitler is eating a sandwich. His companion asks how many days he has left? He replies, “They lose me at the end of the bunker scene.” At that moment, a man is thrown through the glass of the door to the commissary.

Our guest today is Chris Korman. Chris is the son of beloved comedian Harvey Korman, Chris has fifteen years experience in the entertainment industry, working with artists in various capacities, including brand building and agenting. A graduate of Lesley College in Cambridge, MA, where he studied theatre history, he received training in stage management at Colorado Mountain College under Thomas Cochran. Following in the tradition of his father, Chris has supported such charitable organizations as the non-profit Marianne Frostig Golf Tournament, which he co-hosted and served on the board for twenty-two years; Keshet of Chicago, for which he served as spokesperson in 1997; and the Learning Disabilities Association of America, for which he gave a keynote address in 2017. Chris has worked behind the scenes of TV Confidential since 2016.