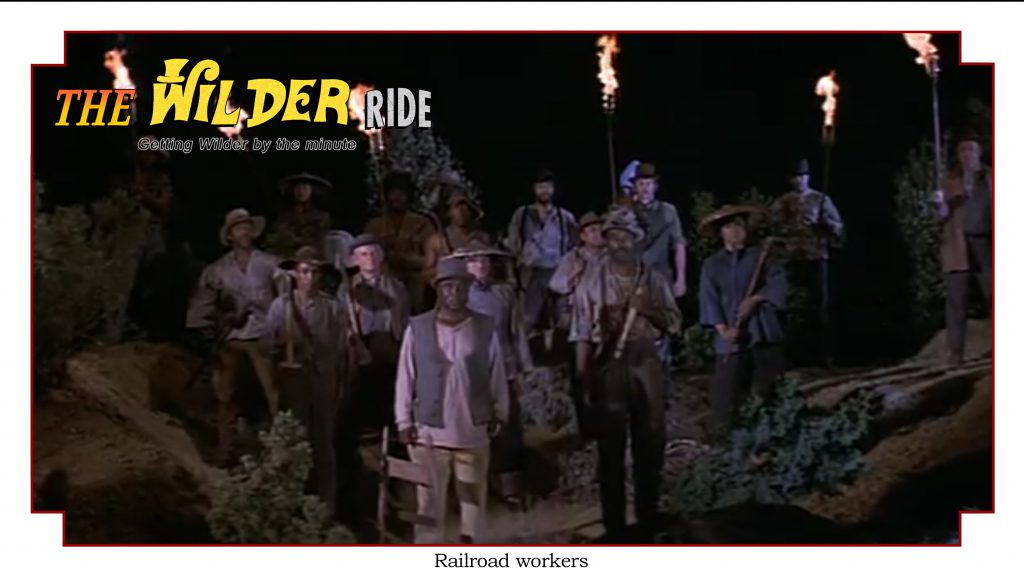 We open the episode, continuing the scene in the middle of the prairie in the middle of the night. Howard Johnson asks how they plan to build a fake town? He tells Bart they don’t have the time and they don’t have the people. Bart tells him he is wrong just as the railroad workers show up. Howard asks who they are? Bart says, “Railroad workers!” He says they are willing to help and all they ask is a piece of land to call their own. The town is reluctant but initially agrees to all but the Irish. Unfortunately, Bart tells them, “No deal.”

Our guests today are Doug Greenberg and Jason Hanes, hosts of Rocky Minute, which is a proud member of the Dueling Genre Production Network. Doug has also been a guest on Jay and Silent Bob Minute, Dark Knight Minute, National Lampoons Christmas Vacation Days and Austin Powers Minute. Doug is a lifelong resident of New Jersey and is married with two wonderful sons. He is an avid New York Yankees and New York Giants fan and former baseball player himself. Other than podcasting, his hobbies include jiu jitsu and weight lifting.

Jason also lives in New Jersey, is married and has a son who likes to burst into podcast recording sessions and run rampant throughout the house. When he gets the chance, he likes to run along the beach in super-short shorts, hoping for a hug-fest in the waves with his best friend.