Blazing Saddles Episode 67: How ’bout a little applause for The Waco Kid 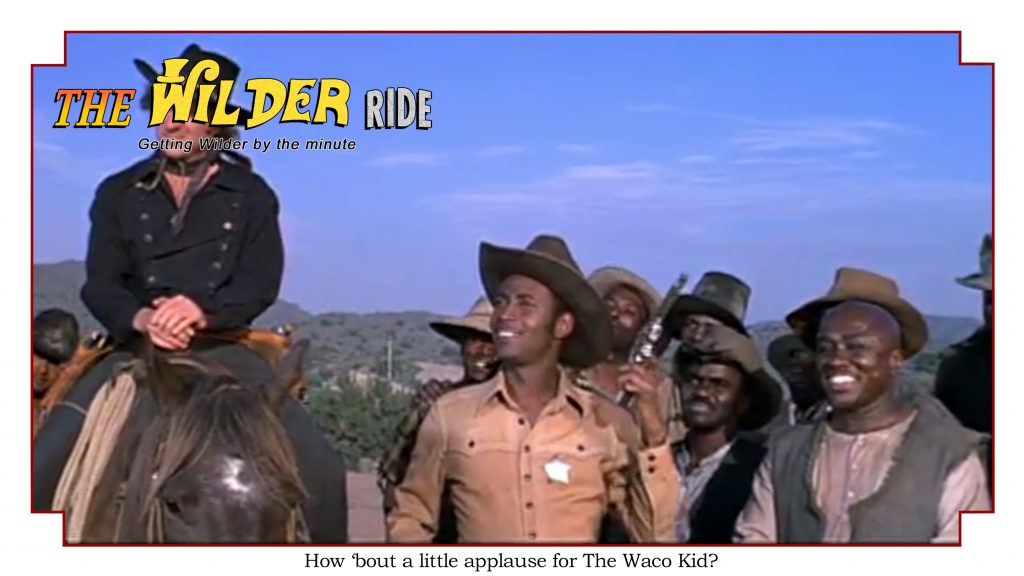 Blazing Saddles Episode 67: How ’bout a little applause for The Waco Kid

The episode begins with Taggart finishing his lament about seeing a sheriff that’s blacker than any indian. He then slumps forward on his horse, declaring his depression. Lyle leans over and says he hates to see him that way. He wonders if shooting the sheriff dead might help? Taggart believes it might. Lyle commands the men to draw their weapons but Jim warns them not to. Lyle dismisses the warning as an idle threat from a known alcoholic. As Lyle’s countdown gets to three, Jim makes a sudden flinch and then every gun is shot out of the hands of the bad guys. The railroad workers cheer and Jim puts out his hands to receive multiple palm slaps. Bart then pulls out a gun, cocks it and tells the men not to just sit there looking stupid and grasping their wrists in pain. He says, “How ’bout a little applause for The Waco Kid?”

Our guests today are Tom Taylor and Pete Mummert. Tom Taylor is busier than he ever intended to be as co–host of The Indiana Jones Minute, Caddyshack Minute, The Blues Brothers Minute and ABCDEVO podcasts. If that weren’t enough, he has also written a young (not-Frankenstein) adult novel, In Memory of Todd Woods.

Pete Mummert is a co-host of the Indiana Jones Minute podcast, a show that the AV Club once hailed as “not nearly as tedious as a thing like this could potentially be.” He lives with his wife, two cats and a monstrous creature that he animated during an electrical storm last year.