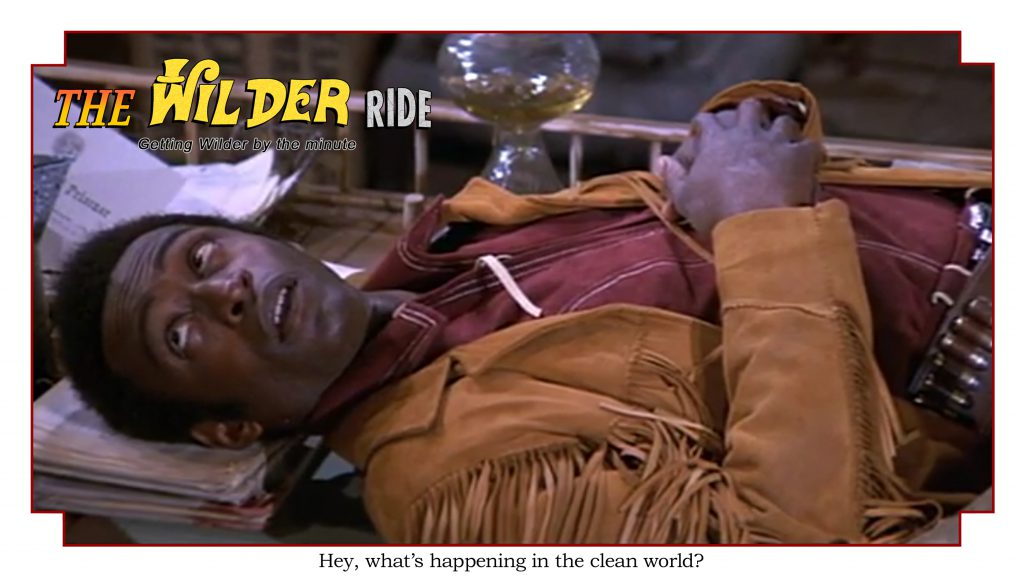 The episode picks up today with Lili begging Bart not to leave. Bart tells her she is making a German spectable of herself. He passes through the open door but look back over his shoulder. He puts on a seductive voice and says, “Auf Weidersehen, baby.” He closes the door and she falls against it, eventually putting her back to the door. She says aloud that Bart is such a nice guy. We dissolve to the interior of the sheriff’s office where Bart barely makes his way through the door. The Waco Kid smiles and says, “Oh, deary, dear. Look what the cat dragged in.” Bart makes his way to his desk and collapses, using a stack of papers to rest his head. He asks Jim, “What’s happening in the clean world?” Jim gets serious and says he received a writ from Hedley Lamarr for the release of Mongo. They exchange glances with Bart wondering why someone like Hedley Lamarr would be interested in Mongo? Jim says he has no idea.

Susan Delmonico is a personal trainer by day via her own company, SJD Health and Fitness, and a movie aficionado by evening. She has been a fan of Gene Wilder for much of her life and is happy to return to season 2 to comment on Blazing Saddles. She was on several episodes of our first season, Young Frankenstein, a movies she still feels might be the best comedy of all time. Though her personal training business is likely too far for most, she encourages people to check out her recipe section. Susan also has a monthly radio segment discussing issues relating to health and fitness. Those audio files can also be found on her website.