Blazing Saddles Episode 47: You can’t park that animal there! 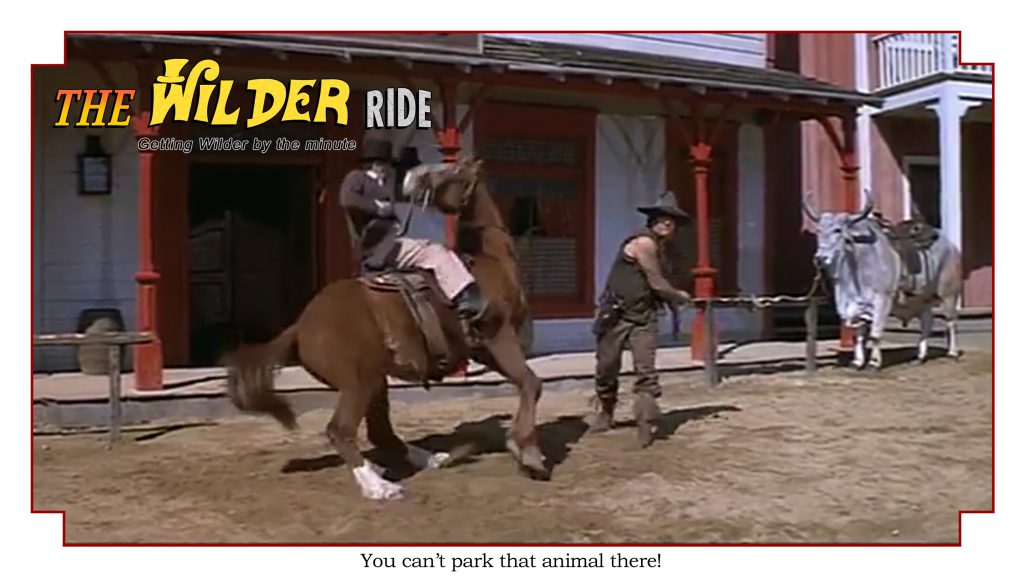 Blazing Saddles Episode 47: You can’t park that animal there!

As Mongo pauses on Main Street and pandemonium continues to ensue, we cut to inside the Rock Ridge Saloon. At the bar, Olson Johnson is doing his best to look interested in what Howard Johnson is saying. Anal Johnson, however, appears enrapt! Howard is discussing the scientific advances of Louis Pasteur and that Hoof and Mouth disease might be a thing of the past. Meanwhile, outside, Samuel Johnson, on his horse, approaches Mongo, who is tying up his bull. Samuel says, “You can’t park that animal there!” Mongo turns, walks a few steps toward him and punches out the horse. Both Samuel and the horse fall to the ground. We cut back to the inside of the Saloon where Olson realizes Mongo is walking in, ripping off the swinging doors as he enters. Back at the jail, Bart comes back from the window stating, “I don’t know what it is.” Just then, Van Johnson comes running in begging for help.

Today’s guest is Ross Seymour. Ross joined us in the midst of season two and chose to become one of our top-tier patrons! Because of that, he was guaranteed at least one guest spot during the season. Ross currently works in Information Technology for Health Care and lives in Southern California. His passion is the entertainment industry and Ross has worked in television and movies as an actor and stuntman and has produced and directed as well. You can find out more about Ross at www.Rosssss.com  or  www.Rossdseymour.com.