Blazing Saddles Episode 36: If you the Kid, then show me something 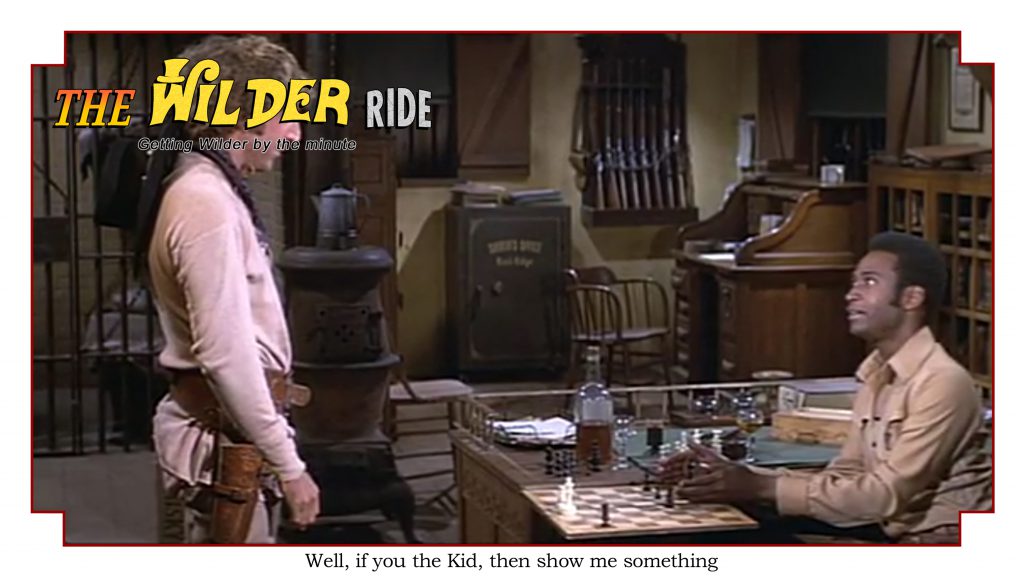 Blazing Saddles Episode 36: If you the Kid, then show me something

We open with Sheriff Bart challenging Jim’s claim. He says, “Well, if you the Kid, then show me something.” Jim says he could have a few years ago. He then raises his right arm. Bart says it looks steady as a rock. Then Jim brings up his left arm, which is in convulsions. Sheriff Bart immediately dismisses him, saying he is pulling his lariat. Jim smiles and looks happy and ready to accept the challenge. He stands and then tells Bart to place his hands on either side of his king. He then says, “When you hear the word go, you try to grab it first.”

Today’s guest is Jonathan Howell, who likes to talk about movies, maybe a little too much. He fell in love with the Movies By Minutes format and decided to join. Along with his college friend, Chris, they investigate the movie Mission: Impossible (1996) one minute at a time. You can find Jonathan as one of the hosts of Minute: Impossible and he has also been a guest on Galaxy Quest Minute, Cabin in the Woods and upcoming on Titanic Minute, Mad Max, Flash Gordon, Spider-Man 2, DarkKnight  and  Watchmen Minute.