Young Frankenstein Episode 87: What is it that you do do? 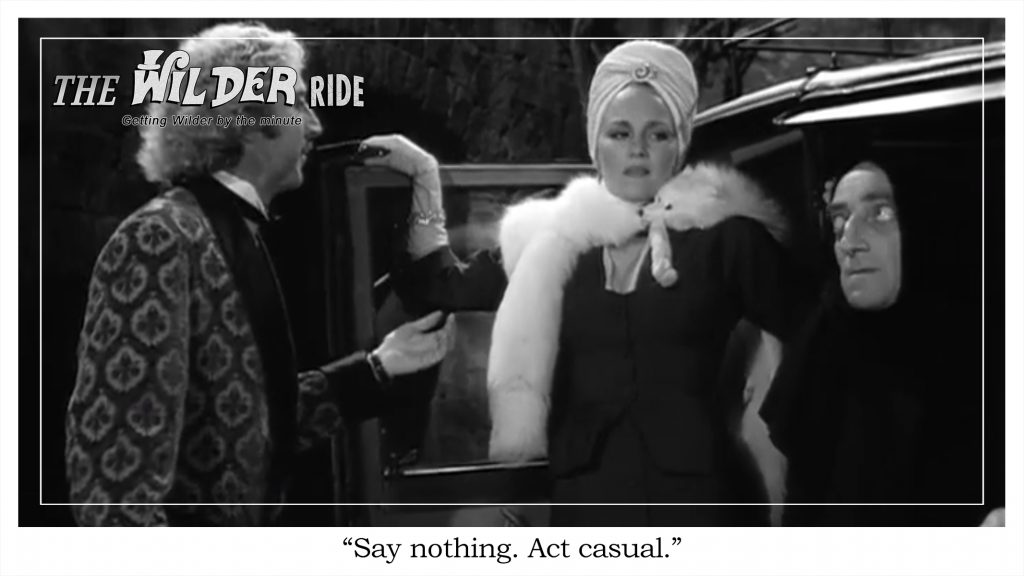 Young Frankenstein Episode 87: What is it that you do do?

We begin with Dr. Frankenstein calling out, “Darling,” to an arriving Elizabeth who responds in kind. After exchanging banter about missing each other, Freddy suggests Elizabeth must be tired. As she chides Freddy, he says he will pay the driver. While paying the man, Igor has a near duplicate scene with Elizabeth, as if he is making a move on her. She finds it disarming and does not know how to respond to the odd man. Freddy returns and Igor tells her to say nothing and act normal. Realizing she is off her game, she suggests to Dr. Frankenstein they should retire. They make their way to the front entrance of the house where Freddy introduces her. He inadvertently calls her his financier. Then he destroys any attempt at saying fiancee. The scene ends with Elizabeth giving Inga the once over before asking, “What is it that you do do?”

Joining us again today as our guests on the Wilder Ride are Tim Andrews and Jeff Leiboff. Tim is an Atlanta radio personality, heard weekdays on The Von Haessler Doctrine from 9AM-11AM on WSB Radio. Tim also hosts a weekly podcast called Radio Labyrinth. Jeff Leiboff is a huge Gene Wilder fan, a long-time friend of Tim’s and a co-host on Radio Labyrinth.