Young Frankenstein Episode 68: The creature gets felt up 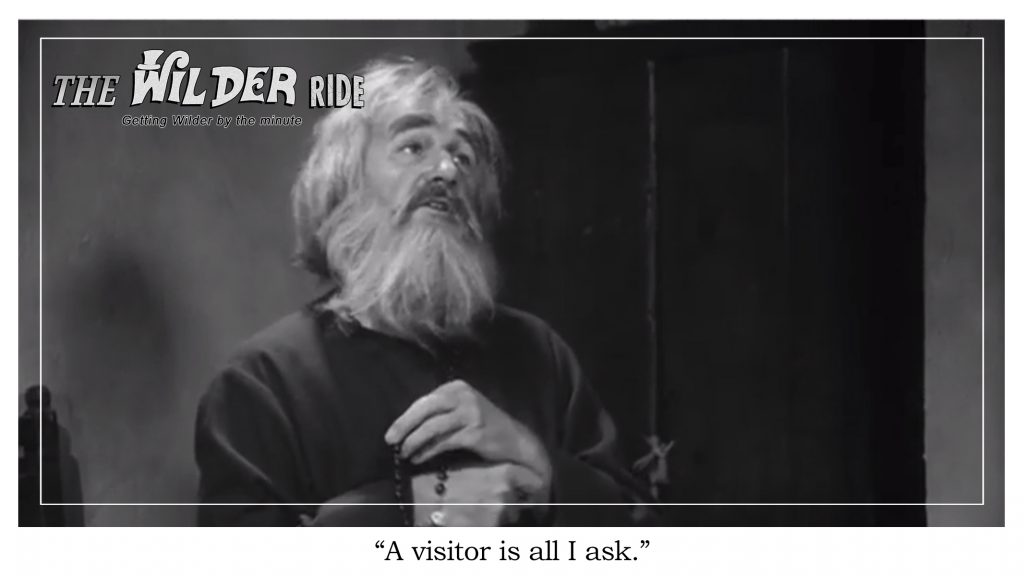 Young Frankenstein Episode 68: The creature gets felt up

We being the minute with the creature bursting through the door of the cabin. The old man thanks the heavens, because a visitor has arrived in answer to his prayers. Harold, the blind man, makes his way over to the door. As he reaches out to the visitor, the creature gets felt up by old man who seems impressed with the size of his visitor. Harold runs his hands over the creature’s shoulders and chest. Because of his height and width, Harold tells the monster he must have been the tallest kid in class.

Though it’s not clear if he is part of a holy order, Harold is dressed like a monk, in a long robe with a rope belt and prayer beads. The creature has no idea how to react to Harold who does not appear frightened at all. In fact, he looks happy to see him. Reaching out to the creature, Harold guides the monster to sit so he can serve a bowl of soup.

Joining us today as our guest is Doug Greenberg of Rocky Minute who is helping us on the Wilder Ride. When we first advertised that we would be doing Young Frankenstein for Season One, Doug reached out and asked if he could be part of the blind man scene? We immediately locked him down.