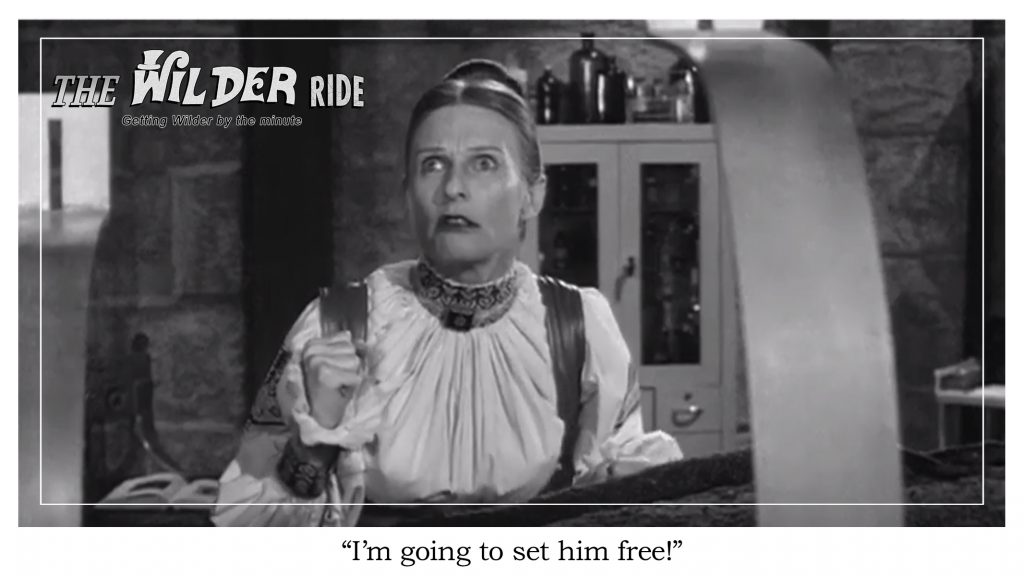 Near the beginning of this minute, we once again realize, BK spoils everything. He loves this movie so much, he cannot help but jump ahead to other minutes. As we begin the minute, Frau Blucher is beginning to release the creature from his bonds. Dr. Frankenstein, Inga and Igor show up at the top of the stairs and beg her to stop. It’s too late! With only one band left in place, the monster rips himself free of the table. He is not very happy with his creator.

Suddenly, a violin appears from out of no where. Frau Blucher begins to play the “magic” violin and it begins to sooth the creature at once. While the monster tries to catch the invisible musical notes, Frau Blucher begins to move toward the staircase. As we end the minute we have to wonder, will we wonder if BK spoils everything again?

Joining us this week once again are the guys from the BK on the Air radio show, Barry King and Mike Clark, who are our guests, helping us on this Wilder Ride.