Young Frankenstein Episode 54: Some things look much bigger next to things that are much smaller 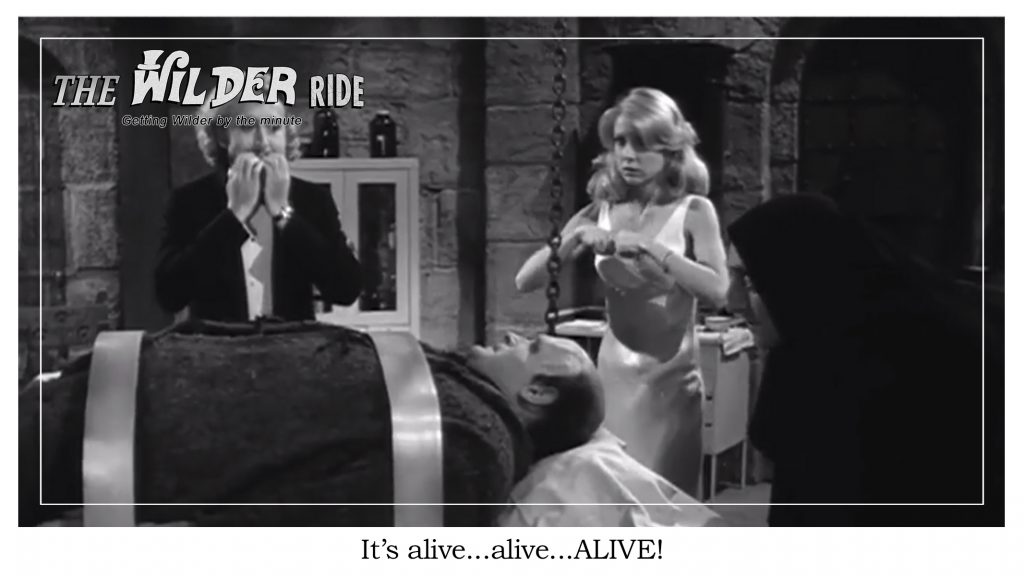 Young Frankenstein Episode 54: Some things look much bigger next to things that are much smaller

Today’s episode is affectionately called, “Some things look much bigger next to things that are much smaller.” This is a result of a side conversation with our guests regarding the relative sizes of different items. Seems like some things can appear bigger, even if untrue when comparing to something else.

Initially, the episode begins with the young Dr. Frankenstein asking both Inga and Igor about the yummy sound. He asks which of them is making the noise. Consequently, both of them deny it. After a pause, they suddenly recognize the noise is coming from the secret laboratory. Running from the dining room, they immediately head to the lab. They burst into the room to see the now awake body of the creature. The monster seems almost child-like in his current state. Dr. Frankenstein is elated that his creation is alive, alive, ALIVE!

Freddy cannot contain his joy. His hands initially cover his own mouth because of his excitement. After screaming the words, which is an allusion to the 1931 Frankenstein movie, he takes on a softer voice. He does not want to scare his creation as he moves in closer to address him. He takes on the voice of a new parent to an infant. The monster seems calm and maybe a little confused.

Once again we are joined by the husband and wife podcasting team of Rick and Julia Ingham of The Mad Max Minute, who are helping us out on The Wilder Ride this entire week.