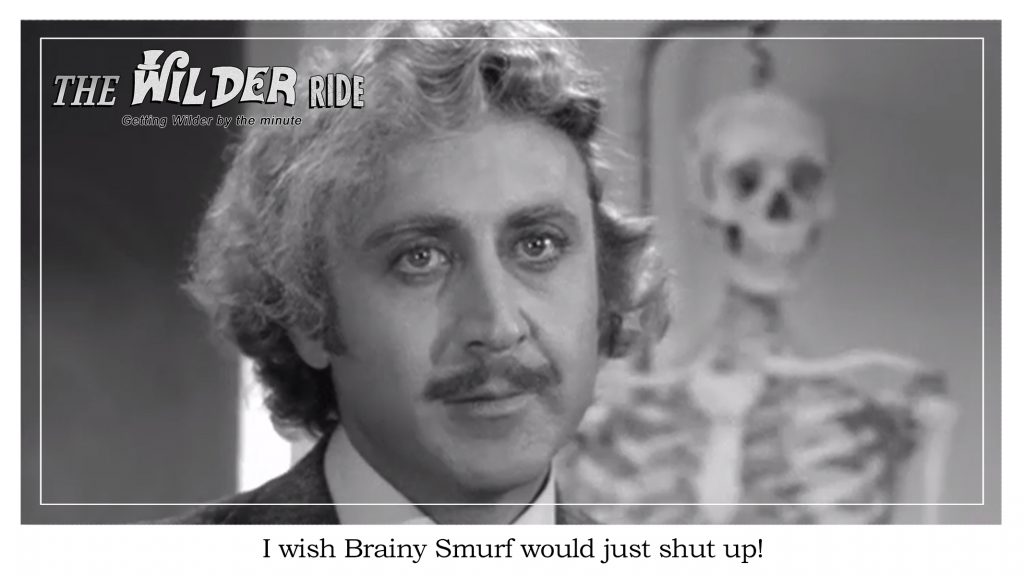 We close out the week with the conclusion of the in-class demonstration on Mr. Hilltop. Apparently, for just $1 more, he gets a knee right into the family jewels. After that, we discuss how some of the medical lecture is accurate, but some is way off the base. In fact, the demonstration goes to the point of no longer holding any water whatsoever. Then, just when we think the class is about to be dismissed, it appears Brainy Smurf has yet another smarmy question to ask.

We are once again joined by our guest, Matt Gray, on The Wilder Ride. Having a millennial with us for much of the week has shown this film still works for a much younger generation. Though the black and white setting might dissuade some from trying, if they can get past the nostalgic look, it will be well received. The comedy still works and the acting pulls the audience in, regardless of generation. This gives us a good deal of hope moving forward that our audience will be larger than we initially thought.