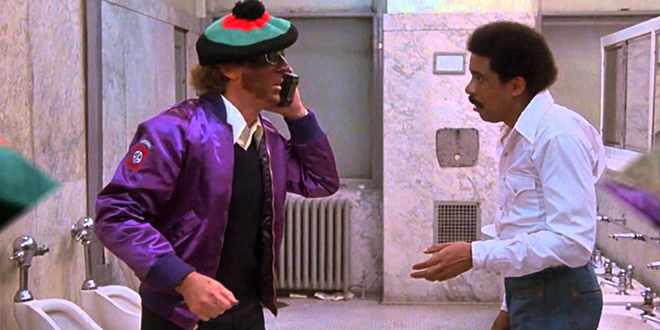 The Wilder Ride is a podcast celebrating and exploring the films of Gene Wilder, using the ​movies by minutes format. We have grown up seeing Gene Wilder play everything from a scientist, to a gunslinger, to a man infatuated by a woman in red, to Mr. Willy Wonka himself. But always, at the heart, there is a depth and a warmth of a real human being bringing those roles to life. And Gene did it in such a way as to leave an indelible impression in our hearts and minds.

We want to help others relive and/or rediscover those films. Hopefully we will also turn a younger generation onto one of the most gifted performers, gracing the silver screen. Movies like Young Frankenstein, The Woman in Red, Silver Streak, Blazing Saddles, The Producers, Willy Wonka and the Chocolate Factory, The Frisco Kid and Haunted Honeymoon represent such a wide range of characters and story lines. In each of these, Gene Wilder took on the role and made it his own. Doing deep dives into these films, only looking at one minute of the movie at a time, is rewarding just on its own merits. But, along the way, we invite a wide variety of guests to join us on our Wilder Ride. The result is both informative and hysterical, leaving no stone untured. Or, so we hope!

We appreciate you taking time to visit our site and to learn a little more about us, our guests and our efforts to bring this podcast to life. It takes a lot of work, energy and time to produce each episode. But, as they say in theatre, it is all for naught if no one is in the audience. So, we thank you again for being out there and for listening.

Help us out on this Wilder Ride

If you want to help us, there are several ways you can. The most important one is to help spread the word! Talk us up. Tell your family and friends about us. Be ready to help show people how to access our podcast — The Wilder Ride. You can also click on the links on the side panel to visit our show on a number of different outlets, including Apple Podcasts, Google Play, Stitcher, Spotify, YouTube, TuneIn Radio, Himalaya, iHeart Radio and more.

Become a Patron of our art

For those who are willing, we have a Patreon page where you can sign up to be a patron of our show. We have several tiers, each with its own reward for showing us your support. Even supporting us with a $1 a month helps to keep these shows coming your way. Beyond our time and effort, there are always monthly costs for hosting and delivering our content. To thank you for becoming a patron, we provide options to receive even more from The Wilder Ride. Lower tiers get public recognition, while higher ones can earn access to bonus material and more. The beauty of Patreon is you can control, month-by-month, the amount of your support. You can move up and down the tiers each month if you want. Or, you can exit at any time. Whatever you are able to do, we appreciate it more than you can know.

We feel like we cannot say it enough, so we will say it one more time — THANK YOU! Our aim is to do justice to the films and the memory of Gene Wilder and have a lot of fun and even more laughs along the way. We really hope, it will be a wild ride that gets “Wilder” by the minute! And we hope to see you there along the way.

Here is the official first episode of the new format with guest, Barry King of the radio show, BK on the Air. The episode opens with host Alan Sanders describing a crazy few day following one of their dog’s eating a bottle of Advil. After the opening, the guys interview BK and then invite him to hang out through the rest of the show. They discuss some crazy news items before recommending some movies and shows to stream. The show closes with a couple of podcast recommendations and a reminder of where to find us online. Also, don’t forget, while the pandemic is still underway, we are making all of our Patreon content free to everyone. It’s our way of trying to give you a little laughter and some distraction from the anxiety of the day. 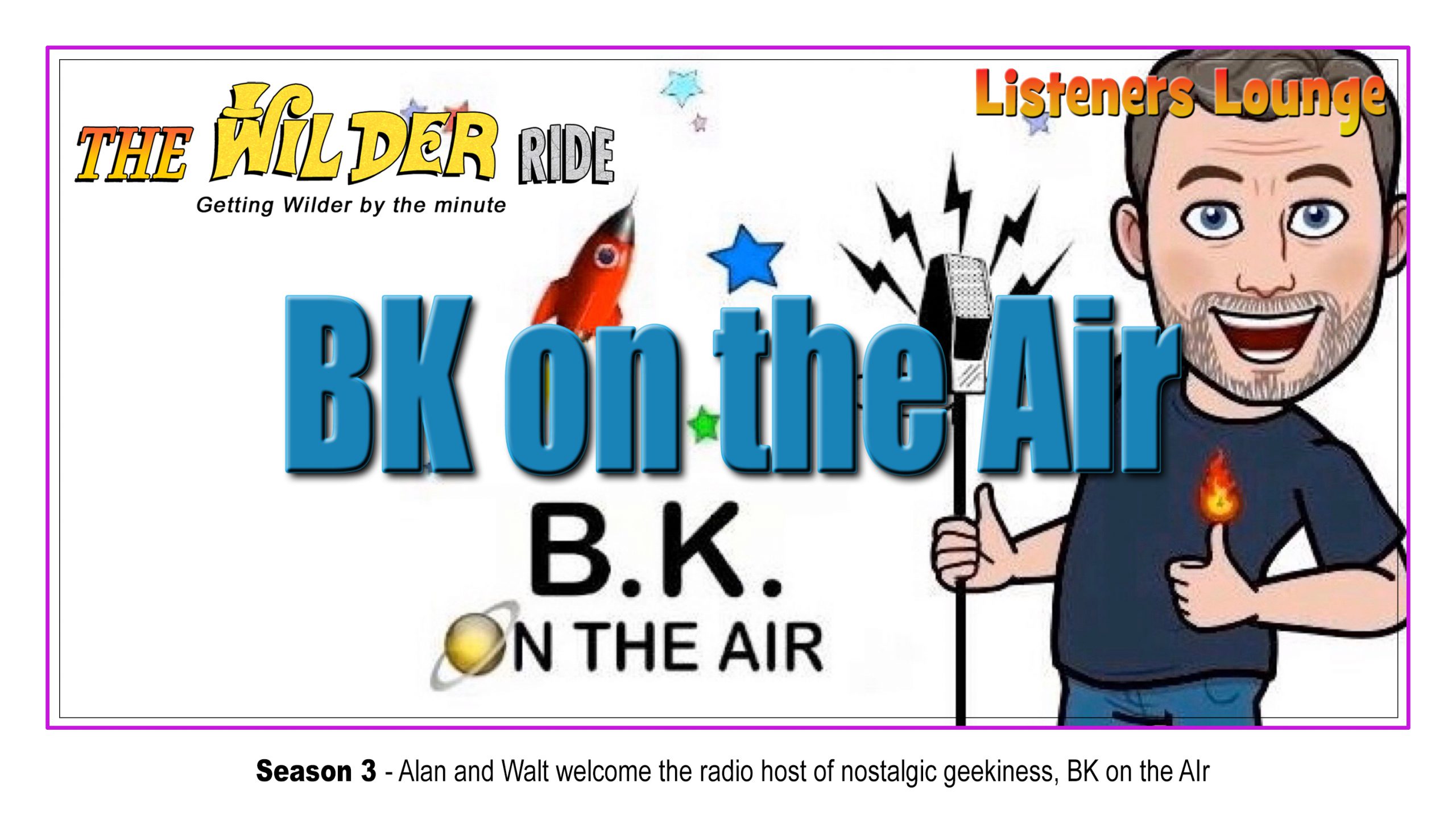 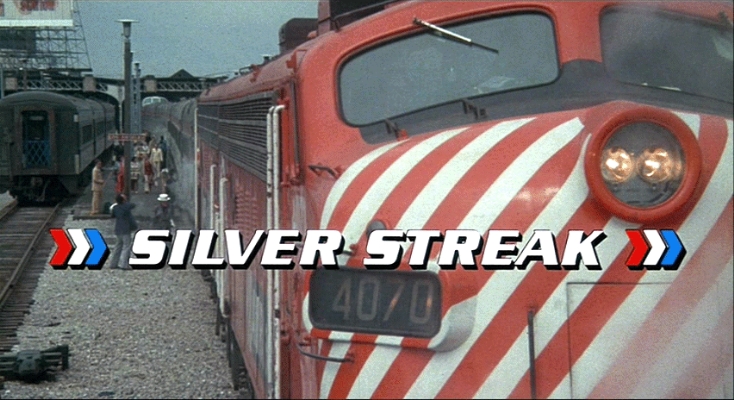 While we put out new Patreon content during our off season, we are already working on season three. We cannot wait to dive into the first film that pairs Gene Wilder with Richard Pryor. Our research goes on daily, including lining up some special guests to go along with many of the other voices we like to bring to our episodes.

If you have never seen the film, here is a quick summary, courtesy of Rotten Tomatoes: While on a cross-country train ride, overworked book editor George Caldwell (Gene Wilder) begins an unexpected romance with an enigmatic woman named Hilly Burns (Jill Clayburgh). His vacation is interrupted, however, when he witnesses a murder for which he is then accused. The true villains kidnap Hilly and eject Caldwell from the moving train. Desperate, Caldwell teams up with car thief Grover Muldoon (Richard Pryor), and together they must save Hilly while avoiding the police.

Make sure you have subscribed to The Wilder Ride on your pod-catcher of choice so you will not miss a single episode! If you have not already done so, please come join our Listener’s Group on Facebook. Just visit our public page and click on the button to join the group. There is always something being shared or discussed, all of it related to film and television.

Get ready for a comedic homage to the king of suspense himself, Alfred Hitchcock, as we prepare to breakdown Silver Streak, one minute of the movie at a time!

Here is what movie reviewer Michael Costello from AllMovie.com says about the 1976 film by Arthur Hiller:

Arthur Hiller’s comedy-mystery-romance starring Gene Wilder and Richard Pryor puts enough of a twist on Alfred Hitchcock’s classic North by Northwest to provide a pleasurable two hours. The melodramatic farce sends businessman Wilder on a cross-country train trip, during which a tryst with Jill Clayburgh draws him into the proverbial web of murder and intrigue surrounding villain Patrick MacGoohan. Before long, Richard Pryor is added to the mix as a thief, and the film really takes off. The various genres are well meshed in this broadly conceived comedy, the best of the Pryor/Wilder collaborations. Two of the most brilliant comic figures in film history, both were at their peak during this period. Probably their most famous scene together, too politically incorrect for the present, is that in which Pryor tries to teach Wilder, the whitest of white men, how to act black. The cast, which also includes such talented veterans as Ned Beatty, Ray Walston, and Clifton James, is almost uniformly excellent, and the sometimes mediocre Hiller gives the film the brisk pace of a classic farce. Silver Streak’s enormous success resulted in a re-teaming for Stir Crazy (1980).